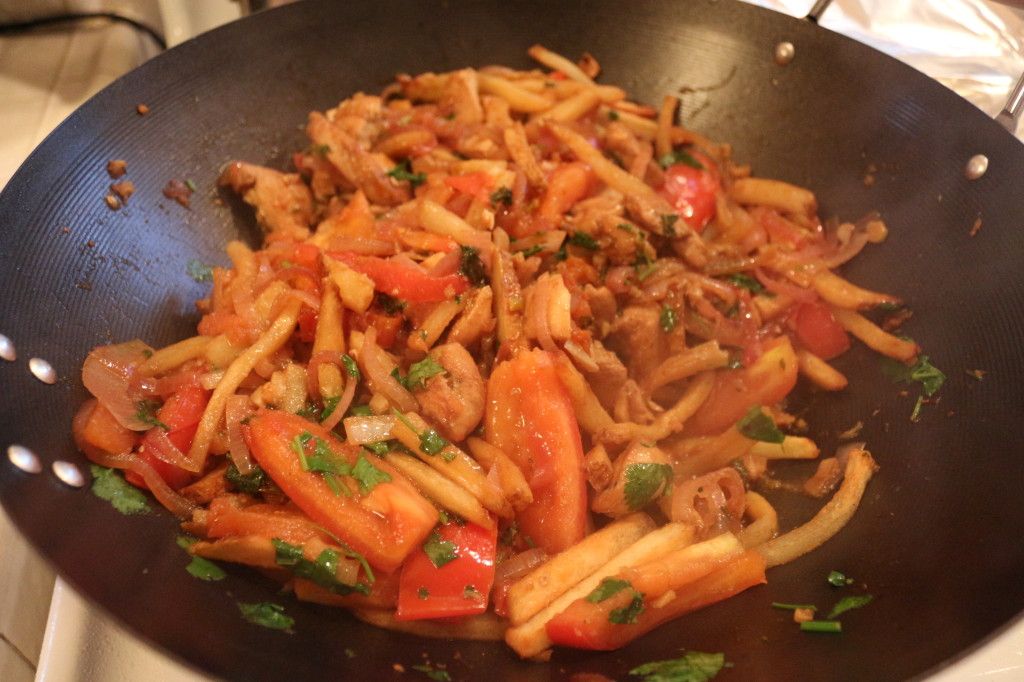 Pollo saltado is a delicious Peruvian stir fry dish that incorporates red onions, tomatoes, chicken, french fries, and a cross between South American and Asian flavors.  I have loved this dish ever since the first time I ate it, and eventually perfected my own version.  (Note, this can also be made with beef).  Also, note that some of the same ingredients show up in the first steps of the recipe as well as in the later steps.  Therefore, instead of listing them twice (as I try to list ingredients in the order they are used), I noted the amounts as X + Y so you would know how much of one ingredient to gather, but that you will use X in the first part and Y in the second part.

2 tablespoons + 1 tablespoon oil (I did rice bran oil, which is good for high heat)

1 package frozen french fries (I personally like Ore Ida seasoned crinkle cut or Trader Joe’s Handsome Cut, but your favorite will do)

1.  Combine the cilantro, garlic and ginger in a bowl.  Top with the chicken, sliced into 2 inch strips.  Pour in the vinegar, sesame oil, soy sauce, lime juice and sugar.  Stir well to combine and leave in the fridge to marinate for at least an hour and up to overnight.  When you are ready to cook, you will need about 35 minutes to get it all together.

2.  Preheat the oven to the temperature required for your french fries.  (In this most recent version of the recipe, mine was 425 degrees, which was perfect for the chicken as well.)

3.  Heat two tablespoons oil in a heavy-bottomed skillet over high heat.  Working in batches, cook each slice of chicken for about 2 minutes per side until it is browned.  As each piece is done cooking, move it to a baking dish.  HOWEVER, before you put the chicken into the pan, try to brush off as many chunks of cilantro/garlic/ginger as possible, since you will use this for the sauce later and don’t want it to burn in the pan.

4.  When you have browned all your chicken pieces, pour the remaining marinade over them and cook in the oven to finish them off while you cook your french fries according to the directions on the package.  At 425 degrees, my chicken took about 15 minutes to finish cooking.

5.  While the chicken and fries are cooking, heat the final tablespoon oil in a wok.  (If you don’t have a wok, you can use a large nonstick saute pan.)  Cook the onion for 1-2 minutes, and then mix in the extra tablespoon red wine vinegar, extra tablespoon soy sauce, the pepper paste, and the juice from two limes. 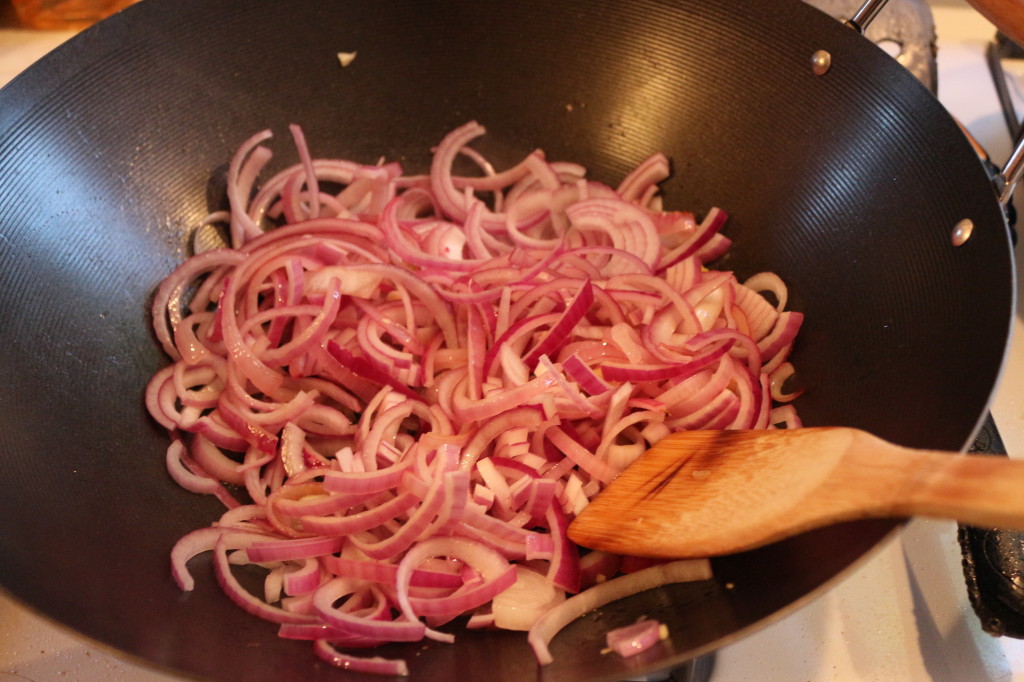 6.  When the chicken is done, pour all the chicken plus juices into the wok and mix in with the onions.  Add the tomatoes to the wok and cook 3-5 more minutes.  When the tomatoes look like they are cooking slightly (but not becoming mushy), add the french fries to the pan and stir well to combine.  Stir in the extra two handfuls chopped cilantro and let all the flavors meld for about 4 minutes.

Serve immediately either as is or with freshly steamed rice.  Enjoy!

And…  just one more picture because it looks so yummy: 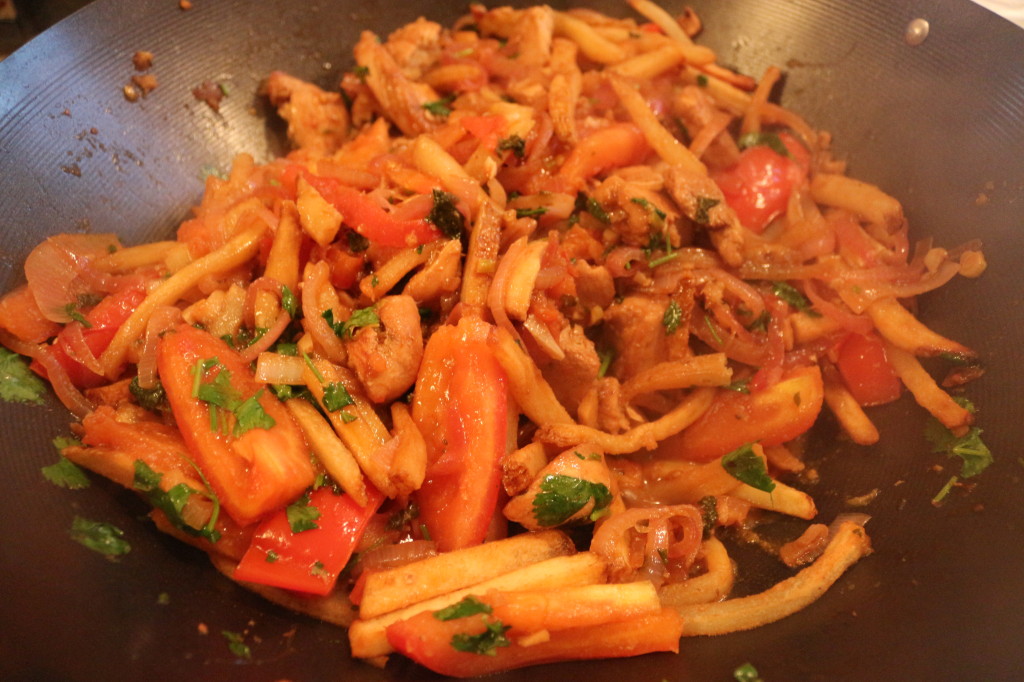