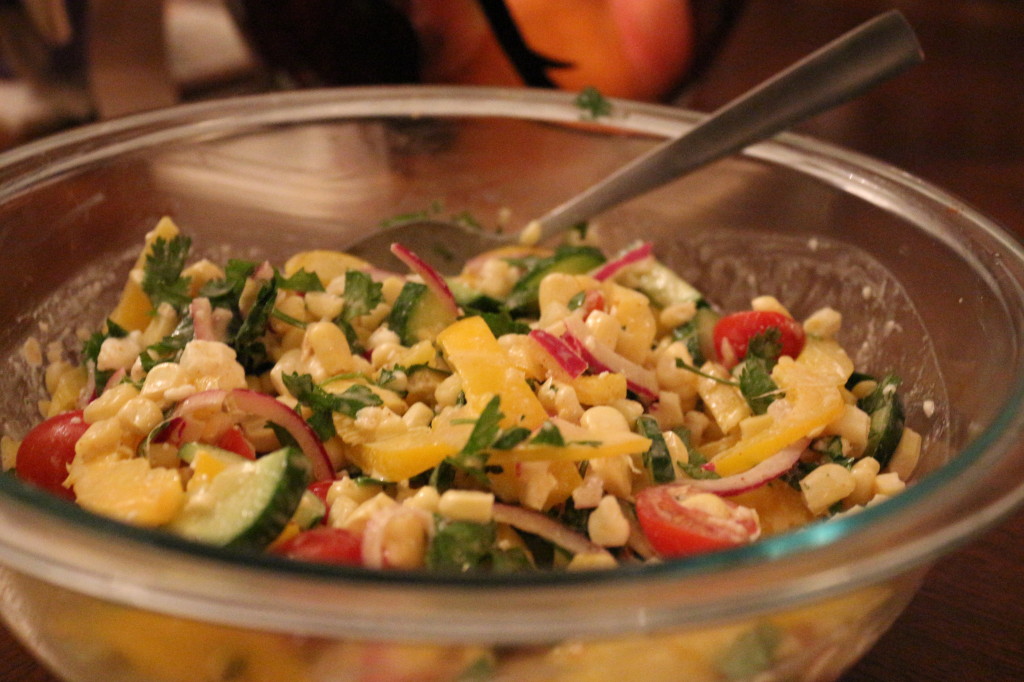 Not only is summer great for strawberries, but it’s also great for corn!  This recipe was born from my desire to use various veggies I bought at the farmers’ market – corn, peppers, cilantro, tomatoes.  Patrick and I liked this slaw salad so much the first time I made it that I made it again two nights later.  This is great as a side, in a taco, or on top of a quesadilla.

1/4 red onion, thinly sliced and then cut into pieces (if you aren’t into semi-raw red onion, you can skip this, or substitute it with some chopped greed onion)

juice from one lemon

1 bell pepper, thinly sliced and then cut into pieces

1-2 persian cucumbers, thinly sliced and then cut into pieces

two ears of corn, cooked and kernels cut off of the cob

1.  Place the red onion in a bowl.  Squeeze the lemon juice over it and sprinkle the salt on top.  Stir well to combine and allow the onion to “cook” in the lemon/salt.

2.  In the meantime, cut up the rest of the veggies and pile them on top of the onion — bell pepper, cucumber, tomatoes, corn and cilantro.  (Note — I cook my corn in the microwave.  I leave the husk on, cook it for about 2-3 minutes per ear, and then cut the kernels off.)

3.  Sprinkle the spices on top of the veggies.  Pour in the apple cider vinegar and the honey/agave.  Now it’s time to mix well. 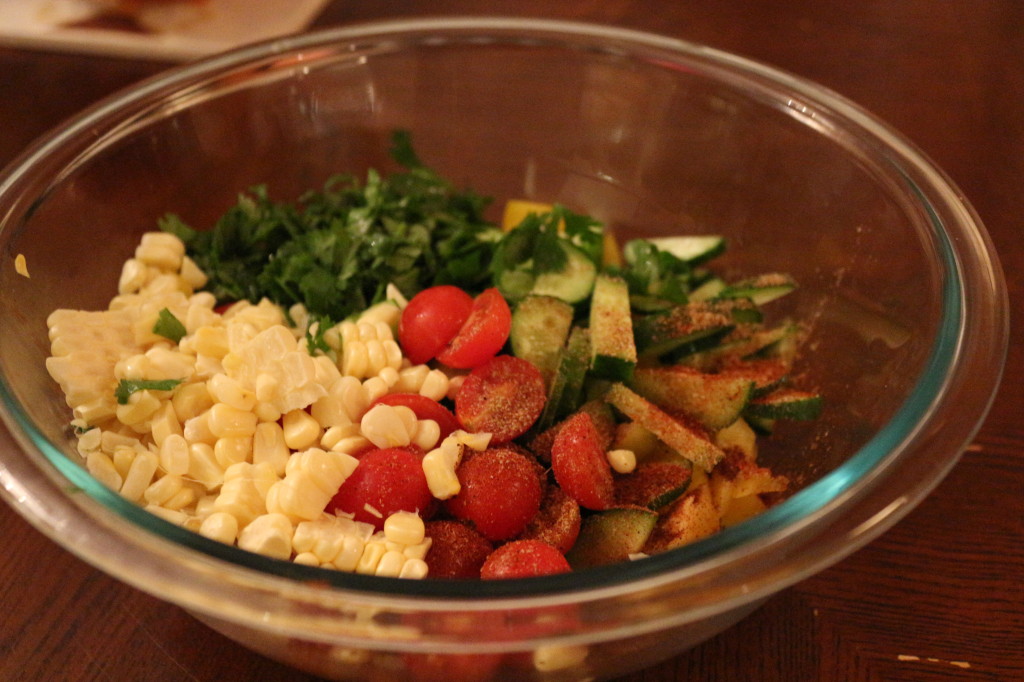 4.  Add the mayo/yogurt and the feta and stir well to combine.  Taste to see if you need more spices, vinegar or mayo.  Then enjoy!  (Would also be great with chopped up avocado and/or crumbled tortilla chips.)