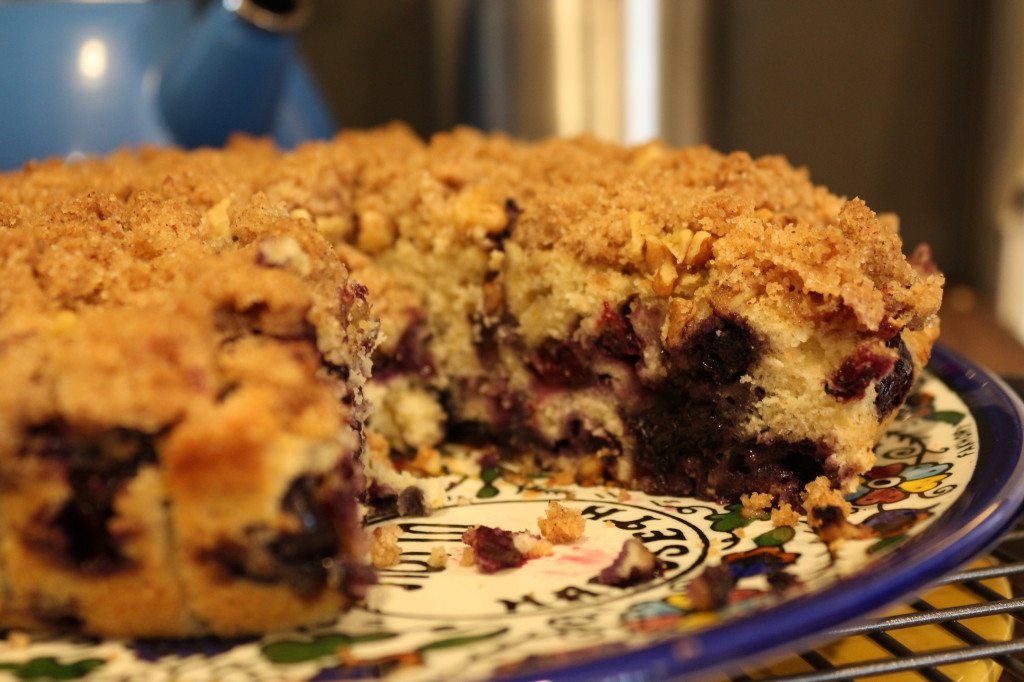 Yesterday, I had the urge to bake, and while blueberries aren’t as available as they were a couple of months ago, I really wanted to make a blueberry crumb cake I had tried once before.  Much to my chagrin, when I went to look up the recipe on my blog, it wasn’t there!  I realized I had baked this delicious cake that is really now one of my favorites and never posted it!  So here it is – I got the recipe from Smitten Kitchen.  Part of the reason I love this recipe is that I love crumb cake, but often feel a little overwhelmed with the amount of butter in the crumb.  This recipe only has 1 stick of butter in the whole cake – topping and all, so it’s really just the right amount of delicious and not too over the top.

1/2 cup chopped walnuts (or pecans or almonds would be good too!)

a little less than 2 cups flour

zest of one lemon

about 2 cups blueberries (one pint; you can do frozen if you want)

2.  Butter a 9″ round baking pan, and line just the bottom with a round of parchment paper.

3.  Make the topping:  Combine the flour, sugar, cinnamon and salt.  Then, cut in the butter (I think using your fingers works bets) until it resembles a coarse sand.  Set aside.

4.  Now you will need two bowls – small for the dry and large for the wet.  In the small bowl, whisk together the flour, baking powder and salt. 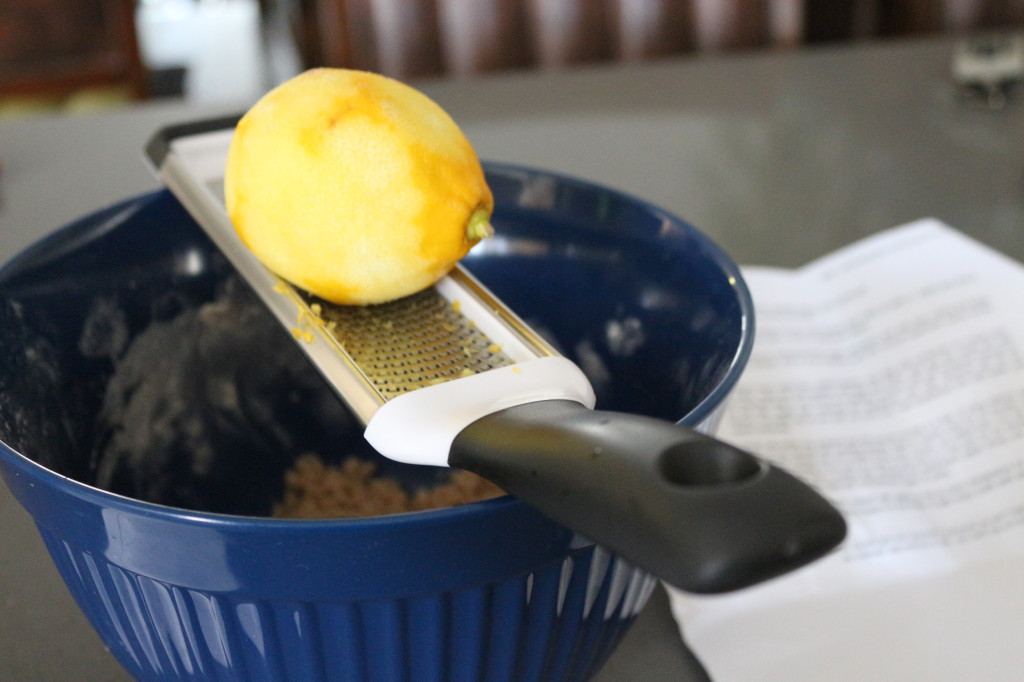 5.  In a large bowl, beat together the butter, sugar and lemon zest until fluffy using an electric mixer.  Add the egg and vanilla and beat until combined. 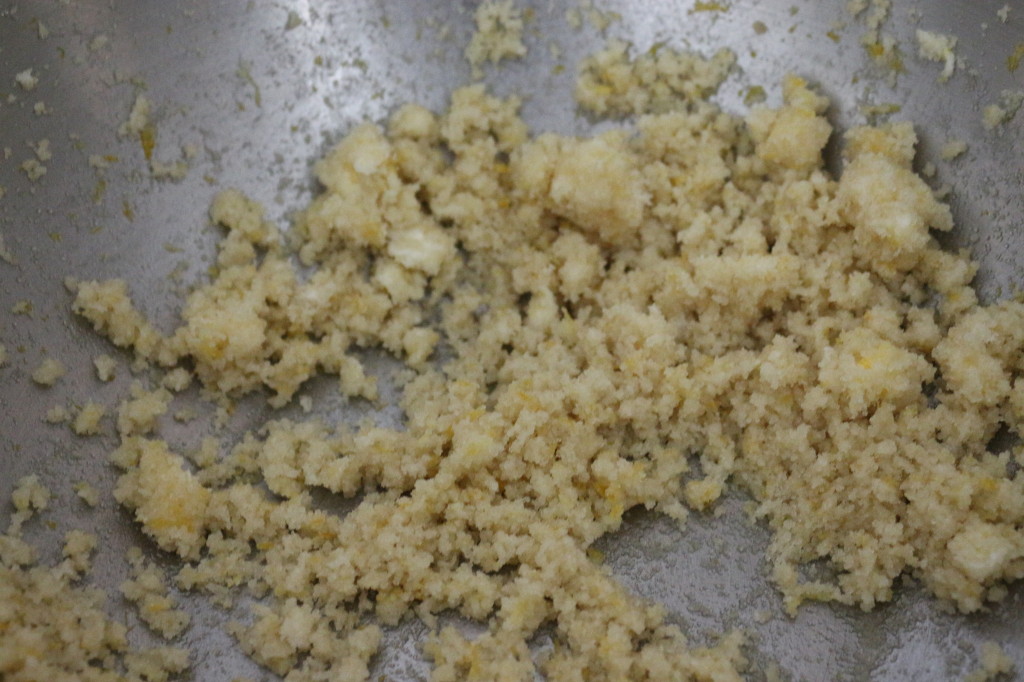 7.  Fold in the blueberries. 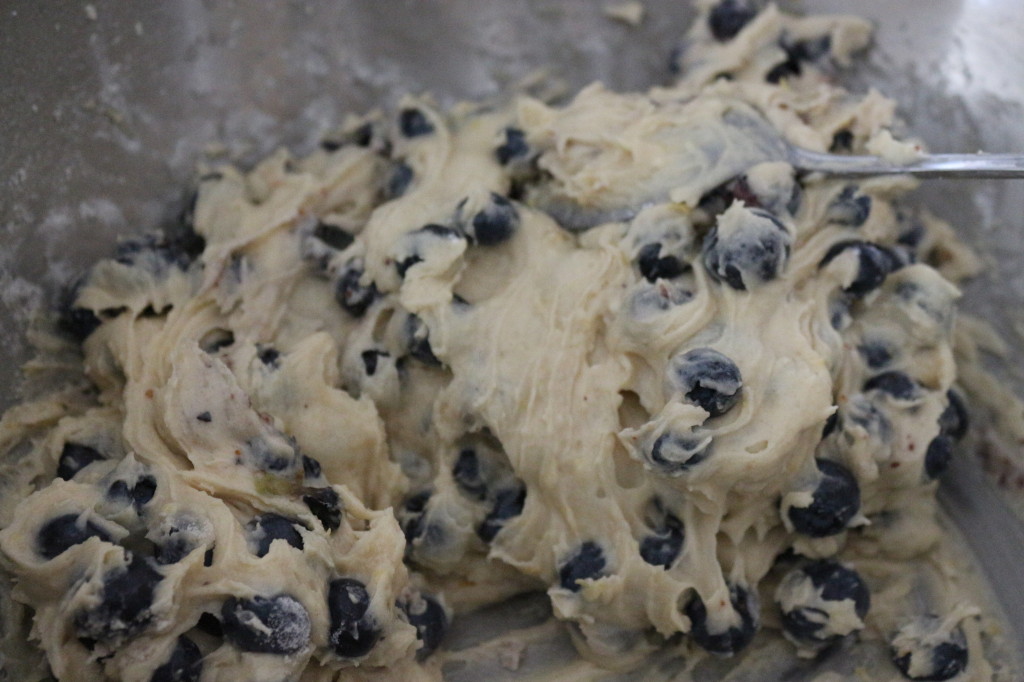 8.  Spread the batter into the cake pan.  Sprinkle the walnuts on top.  Then sprinkle the topping on top of that.

9.  Bake for about 40 minutes to an hour (mine usually takes an hour) until a toothpick comes out clean.

10.  Remove from the oven and allow to cool before eating. 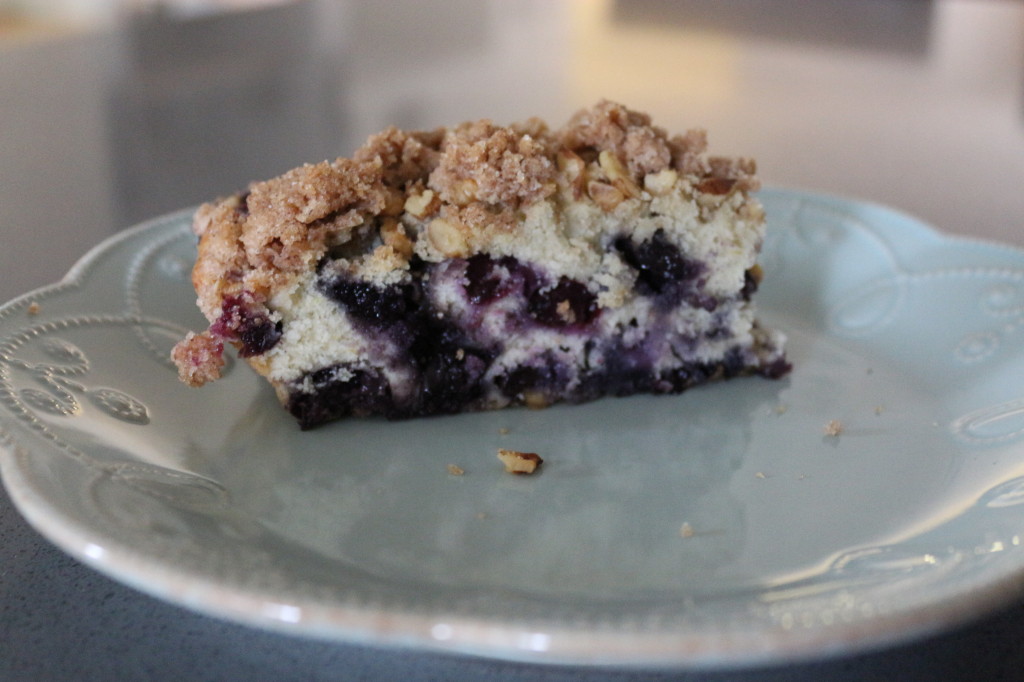