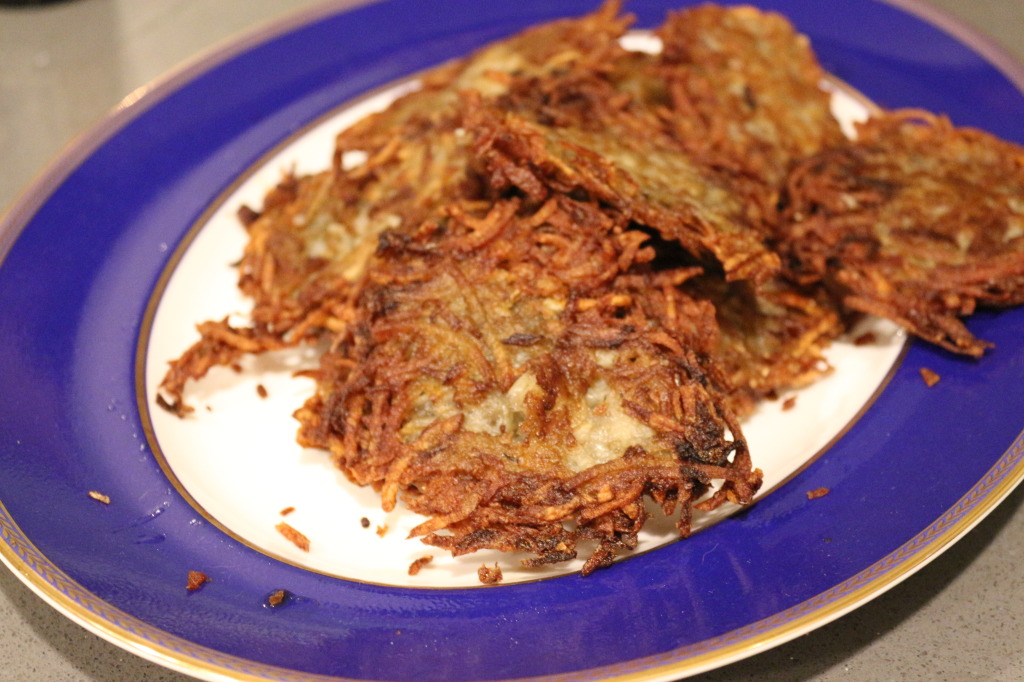 While Channukah is still a couple of weeks away, given our family members’ busy schedules, and the plan that we would be celebrating my birthday, we decided to roll Channukah in.  And of course, Channukah would not be complete without latkes.  For those of you new to this delicious food, latkes are fried potato/onion pancakes, enjoyed traditionally with applesauce and/or sour cream, and in our family, also ketchup.  I learned to make latkes from my Grandma Gloria, and have been working on the technique ever since.  Making latkes is a bit time consuming but well worth it in the end.  I recommend making latkes for your first time with someone that has done it before.  But if you can’t find a seasoned fryer, do not fear, I will provide as many tips as I can along the way.  This is adapted from a Molly Katzen recipe and serves 10+ (with other food).

3/4 cup matzo meal (or breadcrumbs, but this is Jewish food, so matzo meal is the best)

lots of vegetable oil (I used safflower oil, which has a higher smoke point than canola, meaning it can get hotter without burning and getting funky, but canola works just fine too)

3.  Pour about 1/4 inch oil into each pan (be sure the pans are dry).  Turn the heat up high and allow the oil to heat up and start sizzling – about 3-5 minutes.  Test to make sure the oil is hot enough by dropping a little potato mixture into the pan and making sure it sizzles all around.

4.  Using two spoons, take a large scoop of the potato mixture, squeezing off the excess liquid, and then drop it into the pan and pat it down into a flat pancake shape.  Continue until both pans are filled, allowing for space between each latke (about 1/4 – 1/2 an inch).  Allow the latkes to cook until the undersides are golden brown, about 2-4 minutes each.  When they are cooked, use a spatula to flip them over and brown on the other side.

5. When the second side is browned, transfer the latkes to the large baking pan lined with paper towels and put it in the oven.  (You will continue to add to the pan in the oven as you make more and more.)  Once you have a single layer of latkes on the paper towel, put another layer of paper towel on top and continue laying them in. 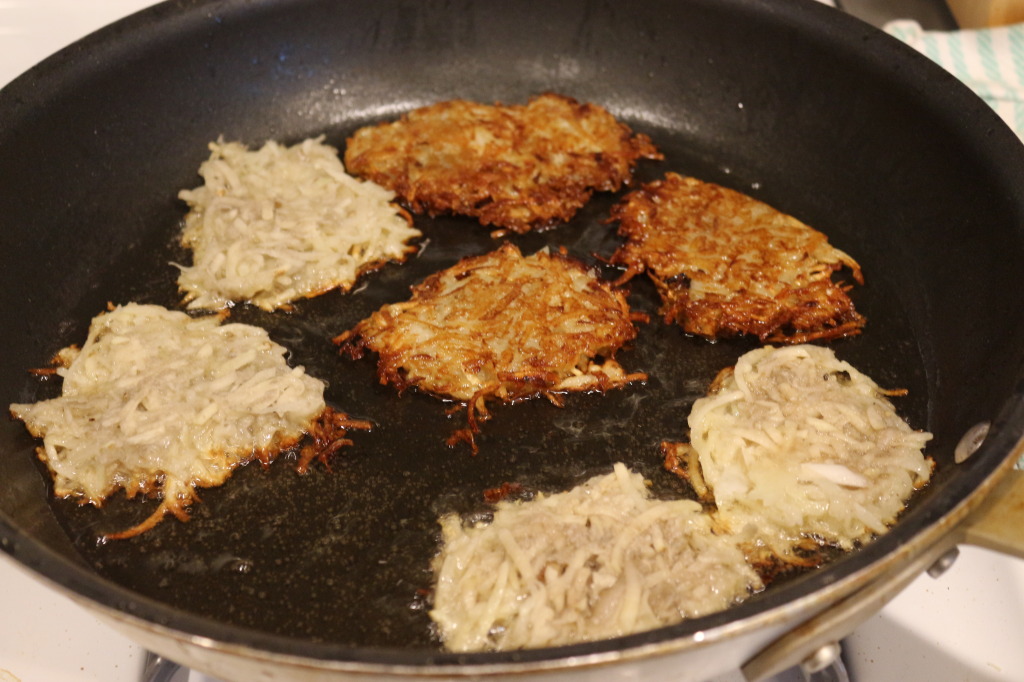 6.  It’s okay if the latkes in the pans cook at different speeds.  (In fact, it’s better, so you don’t burn all your latkes.)  Whenever one is ready to flip or is done, go for it.  And whenever a space opens up in a pan, add another latke to cook – no need to empty a pan before refilling.  And if the oil starts to get low (the bottom should always be fully coated) just add more and keep in mind that it needs to heat up a bit.  It’s okay to make some extra crispy and some a bit softer – your guests will all have different preferences.

7. Once you have finished cooking all the potato mixture, serve the latkes topped with applesauce, sour cream or ketchup.  (Also great with brisket juice.) 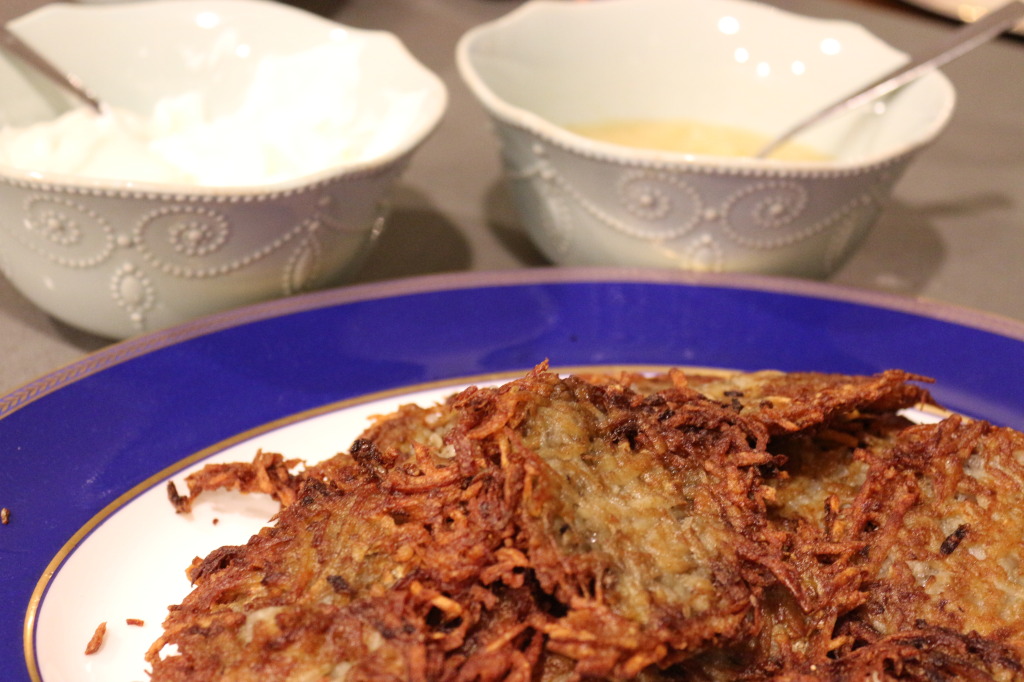 This entry was posted in Mains, Sides and tagged Jewish Foods, Potatoes. Bookmark the permalink.

One Response to Latkes